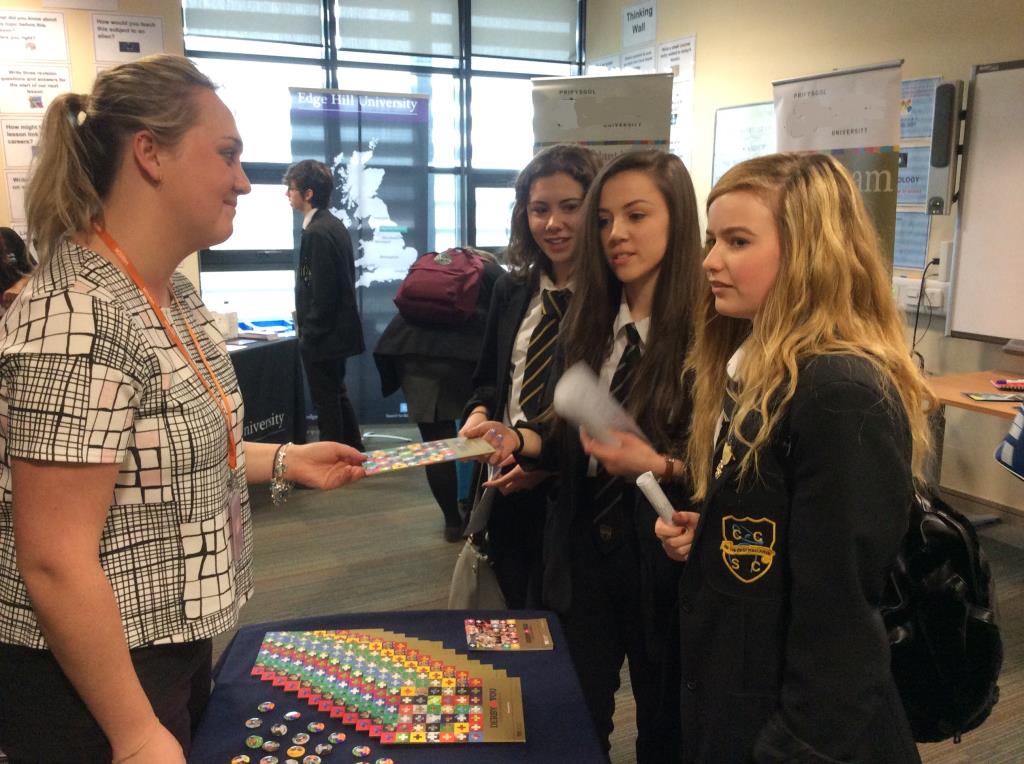 On Thursday 12th March a group of Year 11 students attended the Higher Education Fair at Newcastle Under Lyme College. Over  forty universities and colleges were at the event ranging from local institutions such as Keele University, Reaseheath College and Staffordshire University to those from further afield including Birmingham, Liverpool  and Southampton Universities.

After an informative talk from Alex Blower of Birmingham City University, students had plenty to think about as Alex had demonstrated just how many careers now require degrees and with 37000 courses available in the UK it is never too early to start thinking about choices.

Pupils enjoyed visiting the different stands at the fair, talking to university staff and collecting prospectuses and freebies. Several local schools attended the event as well as NULC's own students so the stalls were very busy dealing with a huge variety of questions.

One of our Year 11 students commented: "This has really opened my eyes to new possibilities".

All the students were a credit to the school with their enthusiasm and excellent behaviour. In recent years CCSC has seen an increasing number of students go on to higher education and complete degrees at prestigious universities.

Leader of Able and Talented Provision